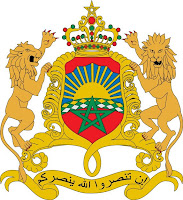 HM King Mohammed VI has sent a message to the EU-Morocco Summit held on March 7 in Granada, Spain. In his message the King reaffirms his country’s pro-European commitment and advocates moving towards „an exceptional association“. The sovereign is pleased about the advanced Statute agreed on with the EU but says that it is necessary to move towards an exceptional association „of legal, institutional and contractual scope“.“That prototype for increasing closeness between the two parties would further be positively reflected on a regional scale,“ the Moroccan King pointed out.
In his message he reaffirms his country’s wish to make progress with reforms inspired by its association with the EU and mentions the fields in which the social economic and human relationship can be developed. With regard to the economy he refers to the possibilities offered by renewable sources of energy and advocates close cooperation.

His Majesty did not omit to mention „that it augurs well that the EU-Morocco Summit, the first of its kind, is being held in the historic city of Granada, a symbol and witness of the historical cultural and human symbtegrity.”

Morocco-EU Summit which was held in Granada (south of Spain) is the first Summit of the EU with a non-member country following the Lisbon treaty’s approval. Morocco also is the first first Arab country to get an Advanced Statute within the framework of the Euro-Mediterranean partnership and the new European Neighborhood Policy. 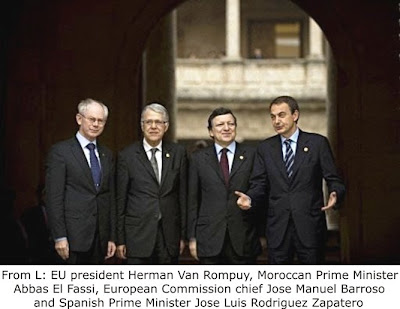