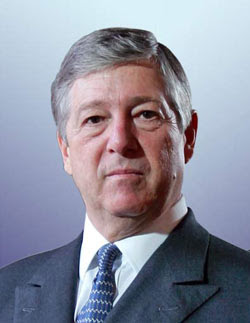 MONARCHIES - THE MOST DEMOCRATIC COUNTRIES IN THE WORLD!

SEVEN OUT OF THE FIRST TEN COUNTRIES ARE CONSTITUTIONAL PARLIAMENTARY MONARCHIES!

Their Majesties King Harald and Queen Sonja attended the 10 December ceremony to mark the awarding of the Nobel Peace Prize for 2010 to Chinese human rights activist Liu Xiaobo. 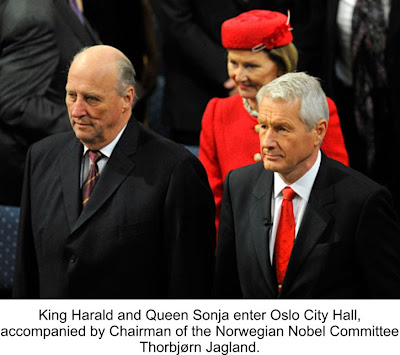 Liu Xiaobo was awarded the Nobel Peace Prize for his long and non-violent struggle for fundamental human rights in China. Liu Xiaobo is currently in confinement in China and was unable to accept the award in person. Nor were any of his close relatives able to be present to receive the award on his behalf. The laureate was therefore represented by an empty chair on the dais.

In his speech, Chairman of the Norwegian Nobel Committee Thorbjørn Jagland explained why the committee decided to award the prize to Liu Xiaobo this year:

„Your Majesties, Excellencies, Ladies and Gentlemen, The Norwegian Nobel Committee has decided to award the Nobel Peace Prize for 2010 to Liu Xiaobo for his long and non-violent struggle for fundamental human rights in China. The Norwegian Nobel Committee has long believed that there is a close connection between human rights and peace. Such rights are a prerequisite for the "fraternity between nations" of which Alfred Nobel wrote in his will.“ 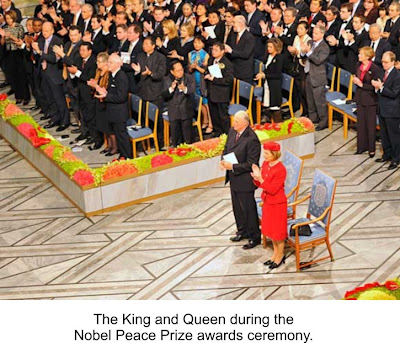 Mr Jagland concluded his speech with a symbolic presentation of the award by placing the Nobel Peace Prize medal and diploma on the empty chair which Liu Xiaobo would have occupied.

Mr Jagland’s speech was followed by a performance by Chinese-American violinist Lynn Chang.

Actress Liv Ullmann read the speech Liu Xiaobo gave in his defence at his trial on 23 September 2009 – “I Have No Enemies”. Two days after the trial he was sentenced to 11 years in prison. The ceremony concluded with traditional Norwegian songs sung by the children’s choir of the Norwegian National Opera and Ballet.

On the evening of 10 December, King Harald and Queen Sonja attended the traditional Nobel Banquet at the Grand Hotel in Oslo in honour of the laureate. Their Majesties also attended the annual Nobel Peace Prize Concert held at Oslo Spektrum on 11 December.
at 23:10 2 comments:

CONSTITUTIONAL MONARCHY IS AN AVENUE TO SERBIA'S RECOVERY

Forbes ranked the best countries to live in 2008 and the list again shows the constitutional monarchy countries of Norway, ranked No. 1, scoring 82% while Sweden was not far behind posting a score of 81.4%. Other monarch countries in the top 10 include New Zealand (79%), Denmark (75%) and the Netherlands (74%).

Why Constitutional Monarchy? Why Tradition? Is there an advantage to have a head that has no political affiliations? Who is there to provide unity, continuity and peace? Does monarchy help with lowering corruption? The 2010 Corruption Perceptions Index shows that nearly three quarters of the 178 countries in the index score below five, on a scale from 10 (highly clean) to 0 (highly corrupt). The 12 out of the top 20 which had scores above 7.5 are monarchies and include Denmark, New Zealand, Sweden, Canada, Netherlands, Barbados, Australia, Norway, Luxembourg, Japan, Qatar and the United Kingdom. Serbia ranked 78th with a score of 3.5. These monarchies in Europe are Constitutional Monarchies provide unity, continuity and peace not political interference.

Will having Constitutional Monarchy in Serbia influence the European Union? Certainly it could not hurt. Does it mean anything that the European Union is located in a country that has a Constitutional Monarchy? In fact, there is no doubt that the image of monarchy creates money. Overseas tourists flocking to sites linked to the British royals is generating around 500 million pounds a year, reveals research from VisitBritain.

A United Nations 2009 human development report ranking 187 countries shows that 6 out of the top ten are monarchies. Norway, Australia, Canada, Netherlands, Sweden, Japan. Actually, if you look at the Annual report on the Quality of Life in different countries, you will notice that more than half of the countries in the first 10 are Monarchies (UK, Sweden, Norway, the Netherlands, Denmark, Spain, Belgium, etc.).So believe it or not, life could actually better under Constitutional Monarchies.
“A symbol is a concretization. Every human being, even the most depraved of the moderns, needs something tangible, something to point to and say to themselves and others: "This is what I believe," or "this is what I am.”

So what’s the negative? Will Serbia accept more charitable contributions, more possibilities to enter the European Union, an elegant image, gracious hosts, business people from all over the world gracing the steps of the Palaces, and promotion of Serbia throughout the world? Many Serbs support this notion, and other Serbs relish on all the benefits it brings. “There will be only good benefits, and I don’t see that there will be any more strain on the country.” said Jelena Tasic a student in Belgrade. 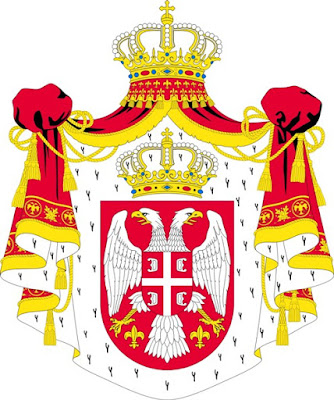 erbia. Crown Prince Alexander is bringing investors, educational scholarships, and important VIP’s from all over the world each and every month. Crown Princess Katherine has saved many lives, provided millions in aid and support. The couple continually travels throughout the world meeting heads of states, top business people and the media for their quest to help Serbia and the Serbian people. All this attributes to tens of millions a year in support for Serbia. There is even a Monarchy for Serbia group that has reared up recently in the country with tens of thousands of members.

The bottom line is that Kingdom of Serbia seems to make good business sense
at 22:22 1 comment:

Spanish air force planes and helicopters flew in formation across Madrid for the annual Oct. 12 national holiday, this year marked by cutbacks. 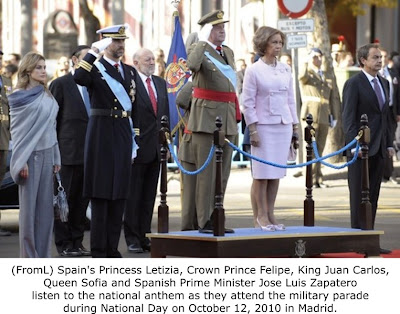 Thousands of people lined the sidewalks to watch Tuesday's military procession of troops and tanks held to celebrate Hispanic Day. It commemorates Christopher Columbus' arrival in the New World and is also armed forces day. 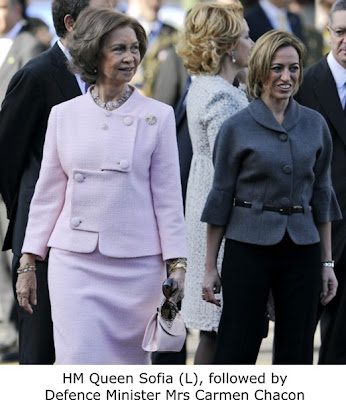 Some 3,000 Spanish soldiers took part in the parade presided over by TM King Juan Carlos and Queen Sofia down the city's Paseo de la Castellana - 1,000 fewer than last year. 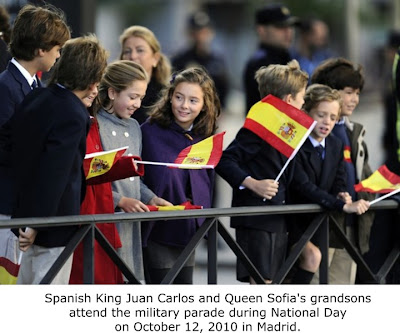 Spain's economic crisis over the past two years has seen the parade reduced in size by some 20 percent. Air force jets flying overhead spewed out plumes of red and yellow smoke in the shape of the Spanish flag. 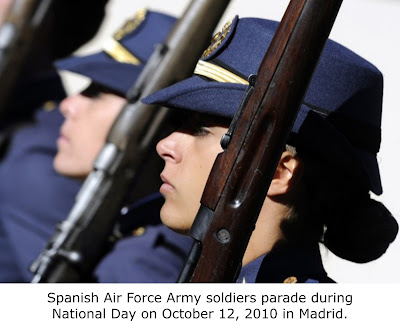 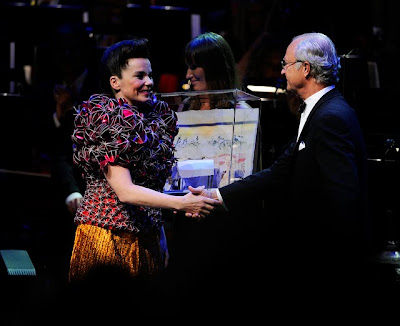 Arguments for the Kingdom of Serbia (10)

INTERVIEW WITH Mr MATIJA BEĆKOVIĆ, MEMBER OF THE CROWN COUNCIL OF SERBIA

Some say the idea of monarchy has not yet been presented in a proper way to the Serbs, while others consider it to be outdated. Is there any blame on the side of the Crown Council for either of that? 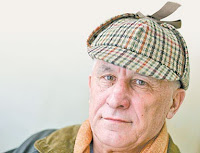 Serbia had been a kingdom for „only“ eight centuries, which obviously wasn’t enough for the idea of monarchy to be properly presented and rooted more deeply. With the republic, however, it is the other way round. And it is no wonder, when we know that the kingdom was founded by Nemanja and Saint Sava, and the republic was founded by Josip Broz Tito. Tito is Stefan Nemanja of the Republic of Serbia. When Serbia became a kingdom, it was one of the most important dates in her history, and many studies have been written about it. None have been written about how it ceased to be a kingdom and lost her crown, as if it never had anything, or lost anything. And Serbia didn’t lose just the crown, it lost her head as well.

Today’s Serbia is a perfect example of what a country that had never been a republic looks like trying to be one. It is a republic which celebrates and praises only what was achieved while it was a kingdom. The biggest problem is that we have our own dynasty. If only the Duchess of Cornwall, if not Prince Charles himself, or Prince Albert of Monaco, or at least Carla Bruni or David Copperfield were pretenders to the Serbian throne, the nation would pull itself together overnight!
at 20:20 2 comments: